The Dojang - A Safe Haven During 9/11 Master Doug Cook 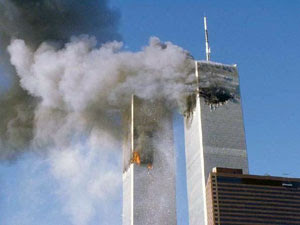 It is ten years hence and that fateful day is still vivid in my mind.

On September 11, 2001, I was employed in New York City at a job that I would soon vacate in favor of teaching martial arts professionally. On that tragic but stunningly brilliant morning, I stood on the corner of Fifth Avenue and Nineteenth Street watching the destruction of the World Trade Center unfold before my very eyes.

Seconds after seeing the second plane slam into the South Tower, realizing full well that this was an assault on our country equal only in magnitude to the infamous attack on Pearl Harbor, I quickly made the decision to leave the city to seek the safety of my home and family sixty miles away.
Read entire article
Posted by Chosun Taekwondo Academy at 1:54 PM