Over the years, after teaching over 18,000 taekwondo classes, I have found that some practitioners approach the principles of the martial arts as they would a menu from a restaurant, making one selection from column “A”, and another from column “B”. This outlook is particularly common among newcomers and those who have not been exposed to, or genuinely embrace, the philosophical underpinnings of traditional taekwondo. In everyday life this habit is called “cherry-picking” and while it may work in food, fashion and farming, it does not work in the sincere study of taekwondo. Korean martial arts doctrine can be viewed as a complex mosaic composed of many ideas foreign to the Western mind. Selectively removing or ignoring any of these concepts for whatever reason, significantly reduces the value of traditional taekwondo training. 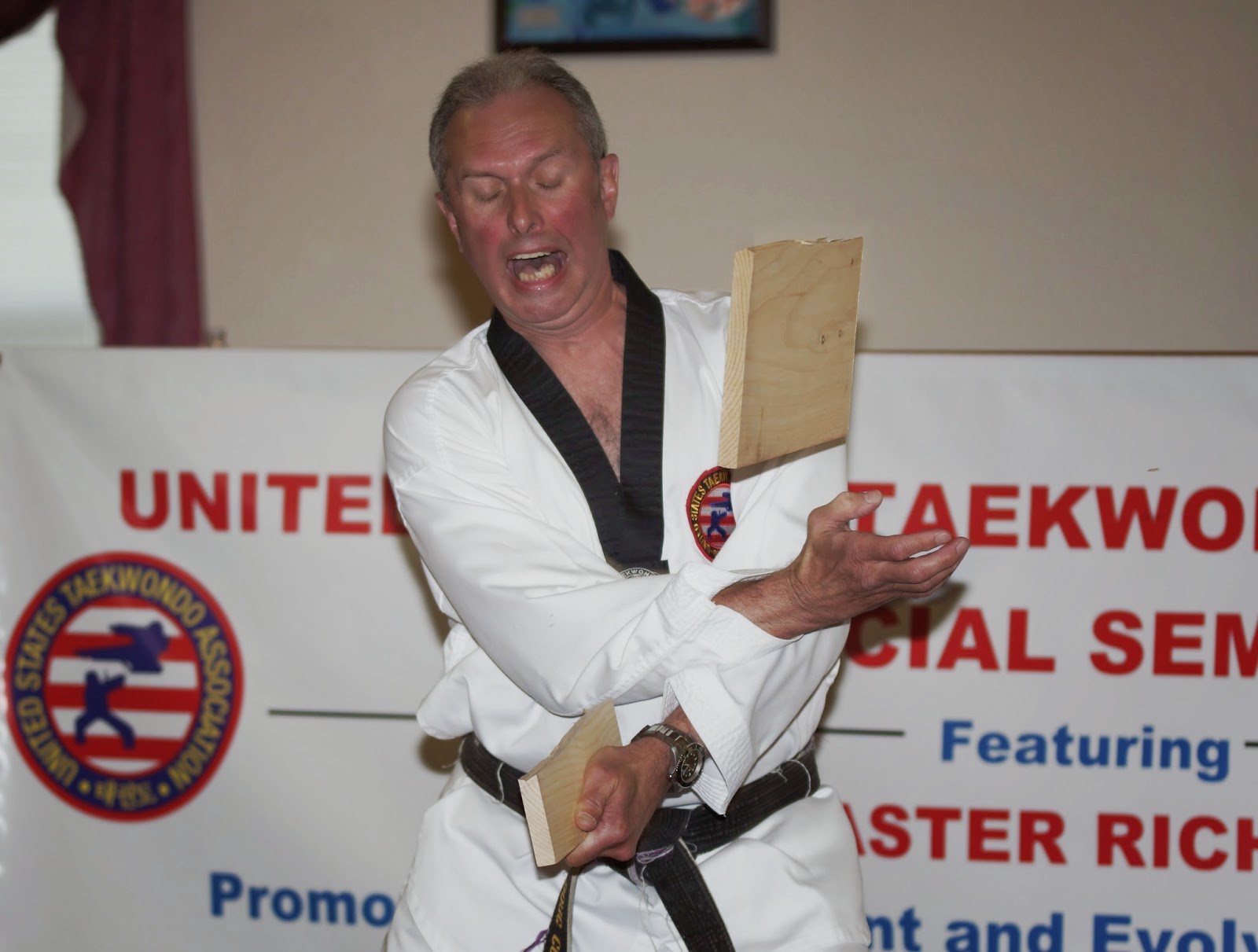 As I have written about previously, the martial arts are intrinsically tied to the three Asian philosophical paradigms of Buddhism, Taoism and Confucianism. Each of these in their own rite has contributed greatly to the fertile ground that nurtures the seeds of discovery and enlightenment exclusive to takwondo. Consequently, the training process, physically, spiritually and mentally, will bear fruit only if the practitioner permits nature, and the wisdom inherent in these ancient ideals, to run their course. Just as an apple will not ripen properly if picked too early or, at worse, die on the tree if exposed to pollutants in the soil, so the taekwondoist will suffer if the principles that separate the martial arts from a common life style are conveniently discounted or overlooked altogether.


Let us take, for example, something as deceptively simple as the bow of courtesy so ubiquitous in taekwondo. I say “deceptively simple” due to the fact that, on the surface, an uninitiated onlooker merely sees two individuals inclining their upper bodies at a precise angle towards one another. Undoubtedly, the bow, which replaces the handshake in many parts of the world, holds obvious salutary value. However, we as martial artists realize that there is much more to this action than meets the eye. Aside from a demonstration of respect, the bow, or kyungye in Korean, represents a myriad of implied principles; principles that must be upheld if taekwondo is ever to survive in a classical form. Bowing to a fellow student represents an acknowledgement that the techniques we practice can be lethal if abused and therefore must be wielded with self-control and governed by nobility. Likewise, bowing to a master instructor is not only an expression of respect and humility, but an essential sign of loyalty unhindered by outside influences and personalities regardless of their apparent short term benefit. Moreover, in reciprocity, the master instructor is silently annunciating to his student that he will watch over them and do his best in helping to navigate the often confusing journey through taekwondo however demanding he may seem. Likewise, an instructor bowing to a fellow instructor not only implies mutual respect, but that they will treat one another with honor in their relationship. Lastly, bowing at the threshold of the dojang before entering is yet another manifestation of the student’s appreciation for the holistic practice of traditional taekwondo. This simple gesture recognizes the spiritual boundary that separates the routine of everyday life from the supercharged atmosphere of the dojang; the sacred place where we come to study the Way. Given the depth of this gesture, how could anyone fail to formally acknowledge the virtues portrayed therein?


Vocal cues, too, hold special significance to those who practice taekwondo in its fullness. In an effort to minimize the loss of students due to an overt demand for discipline, some schools have eliminated the required reply of “Yes, Sir” or “Yes, Ma’am” that is spoken by a junior when addressing a senior student or instructor. Moreover, the spirit yell, or kihop, that is so vitally required to amplify a strike, block or kick, is often overlooked and rendered unnecessary.


Similarly, the exclusion of meditation, ki (internal energy) development exercises, basic technique practice, self-defense drills, and most urgently, forms or poomsae, from the standard curriculum due to a strong emphasis on sport competition, has a devastating effect on the student’s overall maturity as a complete martial artist. All of these omissions eat at the very foundation of traditional taekwondo leaving less and less to transmit to future generations as an inheritance.


For the most part, the ideology of taekwondo when practiced as a classical martial art, is forged in the fires of Asian culture. Naturally, we in the West often find this world view difficult to conceptualize. For instance, once, while training in Korea, I recall seeing an instructor strike a student with a kicking target simply because he felt the student was not performing up to par. In that setting the teacher’s punitive action was not construed as being unusual or cruel. Try the same action here, however, and the instructor could be facing a potential law suit. Moreover, training for eight hours at a time, as we did, in a dojang with interior temperatures of ninety degrees or more, is commonplace in Korea and elicits not a word of criticism. I provide these experiences for the reader’s consideration not because I support them, but because they unmistakably drive home the point that there are fundamental differences in the way we approach our training locally as opposed to the manner in which it is practiced in Korea, taekwondo’s country of origin. To complain about an instructor there is unthinkable. To question his authority is worse. Yet, behavior of this nature is not unique to taekwondo in and of itself, but represents a microcosm of Korean society at large. It is neither right nor wrong; it simply is and tends to stem from the hierarchal societal structure embedded in Confucian thought.


Metaphorically speaking, if one wishes to truly absorb the culture of a nation, they must attempt to speak the language, eat the food, dress accordingly and conform to the local customs. While a dilution of tradition by a small component of the martial arts community must be taken into account, the same guidelines hold true for traditional taekwondo; one must accept its physical component, mental requirements and cultural principles as a whole without condition.


Clearly, the complete and sincere practice of taekwondo is not for everyone. In order to achieve excellence in our training, we must subjugate ego, bend to seniority, practice diligently and without complaint, remain loyal to style and school, and finally, act with honor in establishing trust between teacher and student. Remaining steadfast to these seemingly superhuman ideals does not require a character of messianic proportions; rather, it demands a noble heart and an unswerving love for the martial arts that only those willing to accept traditional taekwondo in its cultural entirety will be able to develop.


Master Doug Cook, a 6th dan black belt, is head instructor of the Chosun Taekwondo Academy located in Warwick, New York, a senior student of Grandmaster Richard Chun, and author of three best-selling books entitled: Taekwondo…Ancient Wisdom for the Modern Warrior, Traditional Taekwondo - Core Techniques, History and Philosophy, and Taekwondo–A Path to Excellence, all published by YMAA of Boston. Master Cook and Grandmaster Chun have recently completed a new book, Taekwondo Black Belt Poomsae: Original Koryo and Koryo, targeted for publication in July of 2013. Master Cook can be reached for lectures, workshops or questions at www.chosuntkd.com or info@chosuntkd.com.